Tyler Schlitt is a guide for Extreme Chase Tours. He is a  is a 10  year storm chasing veteran and has seen 69 tornadoes including the Perryville, Missouri EF-4 tornado and the infamous McCook, Nebraska tornado from very close range while helping Randy Hicks deploy a ground based probe. Tyler's passion for storm chasing started at an early age after watching his childhood home get hit by a weak tornado. That single event sparked an interest in weather and specifically tornadoes. Tyler literally spent all of his free time trying to learn about weather by reading books and studying weather. He became friends with meteorologists and other storm chasers and learned as much as he could about weather from them. He then put his two favorite hobbies together - photography and storm chasing and built a wonderful collection of weather and tornado photographs.

Just a few short years later, Tyler's weather and general photography "hobby" turned into a legitimate endeavor and he is now a professional part-time photographer having sold prints of his work to various media outlets and news agencies. You can view some of Tyler's photography by visiting his website at Tyler Schlitt Photography. ​

Lanny Dean is a native Okie but currently lives in Missouri. Lanny is the lead forecasting Meteorologist for the Extreme Chase Tours team and a 30 year storm chasing tours veteran. He is also one of the best tornado chasing tour guides in the business. You may have seen Lanny on the hit show "Tornado Hunters" that aired on TruTV. His weather videos have appeared on many various local and world-wide networks including: The Weather Channel, Storm Stories, CNN, ABC, Good Morning America, TLC, The Discovery Channel, MSNBC, NBC, RealTV, Inside Edition, Fox News and many other media outlets throughout the world. Lanny is a member of The Outlaw Chasers and he has witnessed and filmed 611 tornadoes and 13 major hurricanes to date. Lanny was awarded "Storm Chaser Of The Year" in 2005 and in 2007 for his coverage of the Greensburg, KS EF-5 tornado. He is the only current storm chasing tour owner/operator to receive and hold that award. Lanny has received many awards for his photojournalism, photography and reporting, including an Emmy Award and nomination, various KAB (Kansas Association Of Broadcasting) and OAB (Oklahoma Association Of Broadcasting) awards and many Society Of Professional Journalism awards. Lanny worked for KJRH Channel 2 in Tulsa as their Severe Weather Reporter and Photographer. He also worked for KAKE-TV Channel 10 in Wichita, KS as their Severe Weather Reporter and Photographer. In 2012 and 2013 Lanny and Extreme Chase Tours won Best Of Small Business Tulsa award in travel and tourism.

Lanny has also been working on a scientific research project since 2012 recording acoustic and pressure data in and around supercells and tornadoes and had the wonderful opportunity to work loosely with the late, Tim Samaras. He is a true severe storm expert and is one of the best weather forecasters chasing today.

Morrie McKee is ECT's Mechanical and guru and has many certifications in the field. He is also of our part time guides and drivers. Morrie has been chasing for 11 years and has seen 14 tornadoes. He also pulls double duty as a communication specialist and aids in weather locations. He is an avid photographer who has had some of his photography work seen around the world.

Some of Morrie's hobbies include photography, riding his motorcycle, and mechanics. Morrie is skilled an many things from electronics to mechanics. He has been driving for Extreme Chase Tours since early 2000' and is one of the original team members. He loves Guinness (no really, see his shirt?) so he'd probably be your best friend if you bought him a Guinness while on tour! 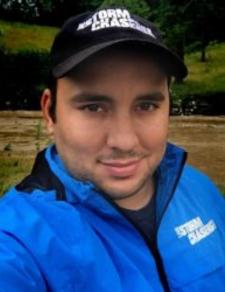 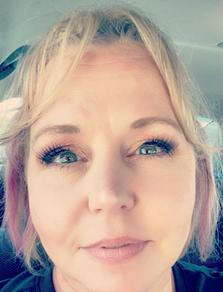 Laura Dean is Lanny's wife and a 18 year storm chase veteran. She has seen a total of 10 tornadoes including the infamous Throckmorton Texas F-3 tornado from very close range. Laura is the CFO and gives complete radar and logistic support while we are out on tour and pulls double duty reserving and booking our motel rooms. Laura helps to keep us safe on tour by monitoring the weather from. She has been trained in operational meteorology and radar support and is the backbone for Extreme Chase Tours. Laura is an avid photographer and it is one of her main passions. She also enjoys cooking, fishing, storm chasing and many other hobbies. Laura loves nature and just being outdoors. She and Lanny have been married for 19 years and she has as much passion for storm chasing as anyone! You might hear Laura giving us updates, reserving our motel rooms or giving us detailed weather information while we are on tour so feel free to say hi.​ 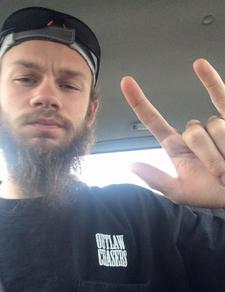 Joshua Napper is an 14 year storm chasing veteran and is one of our now-casters and technical support. He also assists on our media consultation side. Josh is an entrepreneur and small business owner since early 2012. Josh is the owner and president of one of the largest weather media content providers called LiveStormChasers.com also known as LSC. You might have watched Josh, Lanny, Tyler or Paden live on the Live Storm Chasers Facebook page while covering severe weather. You can read more about Live Storm Chasers by visiting the website at LiveStormChasers.com. The LSC Facebook page is one of the largest weather pages on Facebook and has over 600,00+ followers, we highly encourage you to check it out by liking and following the page for breaking weather and all things weather related at LiveStormChasers.com

Josh is also a private pilot who has been flying for over 9 years and loves aviation. In fact, Josh is Certified as a Commercial sUAS (Drone) Operator & FAA Private Pilot. His hobbies include all things weather and aviation, and he loves spending time with his family. As an independent National & World News Multimedia Journalist, his work has been seen worldwide across numerous media outlets including The Weather Channel and many local media outlets. ​ 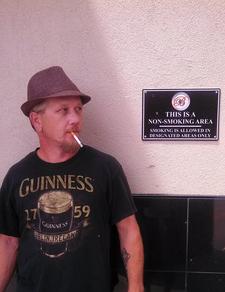 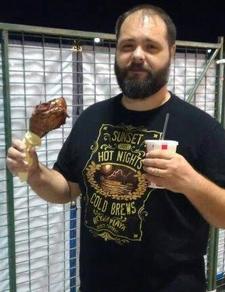 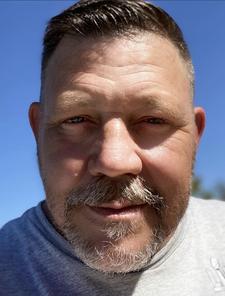 Chad Berryhill is a guide for Extreme Chase Tours but also pulls double duty as a remote weather forecaster. He is a 15 year storm chasing veteran and has seen 45 tornadoes. Chad attended OSU and Oklahoma University and has some undergrad study in meteorology and sciences. He and his wife, Erin, have two sons who they devote their time to. Some of Chad's hobbies outside of storm chasing include hunting, fishing, spending time outdoors, and photography and welding. Chad loves to eat (see the turkey leg in his hand?) so if you have any candy or snacks while Chad is around HIDE THEM! Chad has seen a number of tornadoes including the infamous Hennessey, Oklahoma F-3 tornado in 2010. Chad led the Extreme Chase Tours guests directly to this tornado which was their first tornado! You might hear Lanny talking to Chad on the phone while on tour discussing the severe weather potential for the day - feel free to tell him you have a box of Mike and Ikes and he just might show up on tour with us! Did we mention that Chad loves food? You might consider him a food connoisseur! ​

Paden Nicholas is one of Extreme Chase Tours guides and drivers. Paden is a 13 year storm chasing veteran and has seen 45 tornadoes. He is also a member of The Outlaw Chasers and is the owner of the TVP (Tornado Pursuit Vehicle) which is a legally purchased and modified police cruiser that has been specially designed as a storm chasing vehicle. Everything from the electronics to the vehicle wrap has been modified specifically for storm chasing. Talk about a cool vehicle! Paden's hobbies include storm chasing, mechanics, fishing and being outdoors. Paden has documented many tornadoes from very close range including the Waynoka, Oklahoma EF-1, the Selden, Kansas EF-3 and the Golden City, Missouri EF-3 tornadoes. His ability to keep a cool level head while driving near supercells and tornadoes is second to none. You are likely to see Paden's TVP while out on tour with us.​ 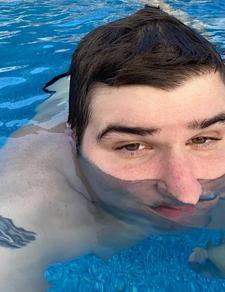