Laura Dean  is Lanny's wife and a 16 year storm chase veteran. She has seen a total of 10 tornadoes including the infamous Throckmorton Texas F-3 tornado from very close range. Laura is the CFO and gives complete radar and logistic support while we are out on tour and pulls double duty reserving and booking our motel rooms. Laura helps to keep us safe on tour by monitoring the weather from home. She has been trained in operational meteorology and radar support and is the backbone for Extreme Chase Tours. Laura is an avid photographer and it is one of her main passions. She also enjoys cooking, fishing, storm chasing and many other hobbies. Laura loves nature and just being outdoors. She and Lanny have been married for almost 18 years and she has as much passion for storm chasing as anyone! You might hear Laura giving us updates, reserving our motel rooms or giving us detailed weather information while we are on tour so feel free to say hi!

Joshua Napper is an 11 year storm chasing veteran and is one of our forecasters and media consultant. He is an entrepreneur and small business owner since early 2012. He is currently the owner and president of one of the largest weather media content providers called  LiveStormChasers.com. Josh is also a private pilot and has been flying for over 8 years. As an independent National & World News Multimedia Journalist, his work has been seen worldwide across numerous media outlets. Certified as a Commercial sUAS (Drone) Operator & FAA Private Pilot, Josh assists with media content and pulls double duty as one of our weather nowcasters. 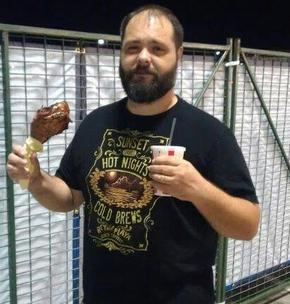 Morrie McKeeis ECT's Mechanical and guru and has many certifications in the field. He is also of our part time drivers. Morrie has been chasing for 8 years and has seen 11 tornadoes. He also pulls double duty as a communication specialist and aids in weather locations. He is an avid photographer who has had some of his photography work seen around the world.

Lanny Dean is a native Okie but currently lives in Missouri. He is the owner and lead forecasting Meteorologist and tour guide of Extreme Chase Tours. Lanny is a 29 year storm chasing veteran and one of the best storm chasers and tornado chasing tour guides in the business. You may have seen Lanny on the hit show "Tornado Hunters" that aired on TruTV. He and his tornado and weather videos have appeared on many various local and world wide networks including: The Weather Channel, Storm Stories, CNN, ABC, Good Morning America, TLC, The Discovery Channel, MSNBC, NBC, RealTV, Inside Edition, Fox News and many other media outlets as well as many local markets throughout the United States and around the world. Lanny is a member of The Outlaw Chasers and he has witnessed and filmed 573 tornadoes & 13 major hurricanes to date. Lanny was awarded "Storm Chaser Of The Year" in 2005 and 2007 for his coverage of the Greensburg, KS EF-5 tornado.

He is the only current storm chasing tour owner/operator to receive and hold that award. Lanny spent many years working in the media as a storm tracker and in house severe weather reporter/photographer. Lanny has received many awards for his photojournalism, photography and reporting, including an Emmy Award, a second Emmy nomination for his weather reporting, KAB  (Kansas Association Of Broadcasting Awards) OAB (Oklahoma Association Of Broadcasting Awards) and various other awards. Lanny works with the National Weather Service year round during weather events and during the Storm Chasing Tours. He has also been working on a scientific project recording acoustic and pressure data in and around supercells and tornadoes and recently had an opportunity to work with the late Mr. Tim Samaras. He also worked for KJRH Channel 2 in Tulsa as their Severe Weather Reporter and Photographer, prior to KJRH, Lanny worked at KAKE-TV Channel 10 in Wichita, KS as their Severe Weather Reporter and Photographer. While working in the media Lanny also won several SPJ (Society Of Professional Journalist) awards as well as being recognized by the Oklahoma Association Of Broadcasters and The Kansas Association Of Broadcasters for his weather reporting and photography. In 2012 and 2013 Lanny and Extreme Chase Tours won Best Of Small Business Tulsa award in travel and tourism. Lanny is a true Severe Storm Expert and is one of the best weather forecasters chasing today. 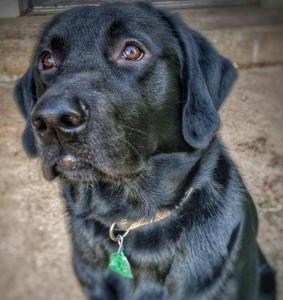 Our storm chasing tours and tornado tours team are some of the best in the business. With well over 120 years experience and over 600 tornadoes documented, our weather experts, meteorologist and tornado forecasters know how to get you to the best storm of the day! 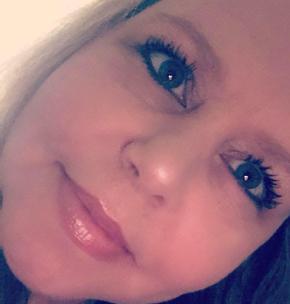 Paden Nicholas is one the ECT tour guides and drivers. Paden is a 10+ year storm chasing veteran and has seen 40+ tornadoes. He is also a member of The Outlaw Chasers and the owner of the TVP (Tornado Pursuit Vehicle) which is a legally purchased modified police cruiser that has been specially designed as a storm chasing vehicle.  Everything from the electronics to the vehicle wrap has been modified specifically for storm chasing.

Paden's hobbies include storm chasing, fishing, being outdoors and spending time with his children and family. You can see more of the TVP on the TVP Facebook page

Omaha"The Storm Chasing Duck Dog" is our formal mascot and fearless tornado finder! He is a 4 year old Black Lab. Omaha is truly a storm chasing veteran dog and has witnessed 5 tornadoes during the Canadian Texas tornado event in 2015. While he is not on every tour, you might see him with Lanny from time to time. He is actually a formal duck retrieving dog and service dog but don't tell him that! 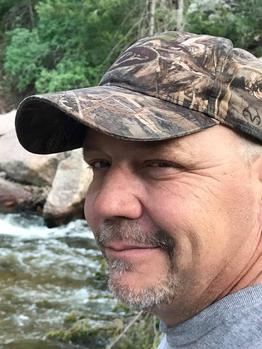 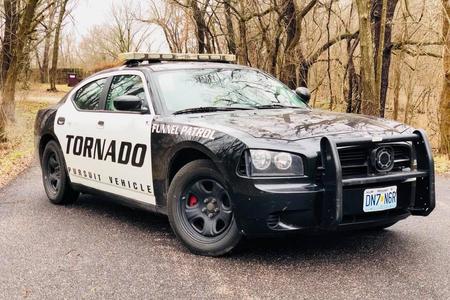 Chad Berryhill is an 15 year storm chasing veteran and pulls duty as one of our forecasters and now casters. Chad attended OSU and Oklahoma University and has some undergrad study in meteorology and sciences. He and his wife Erin, have two sons who they devote their time to. Chad loves to eat (see the turkey leg in his hand?) so if you have any candy or snacks while Chad is around HIDE THEM! Chad has seen a number of tornadoes including the infamous Hennessey, Oklahoma F-3 tornado in 2010. Chad led the Extreme Chase Tours guests directly to this tornado which was their first tornado! You might hear Lanny or one of the guides talking to Chad on the phone while on tour, feel free to tell him you have a box of Mike and Ikes and he just might show up on tour with us! Some of Chad's hobbies include: spending time with his son and family, deer hunting, duck hunting, fishing, camping, welding, photography and did we mention food? You might consider him a food connoisseur!

Jeff Smith is one of our Nowcaster and business consultant for Extreme Chase Tours and a 24 year veteran stormchaser.

Jeff brings this 20 plus years of storm spotting and storm chasing experience to the team in order to help provide you the best storm chase tour experience on the planet. Jeff's obsession with weather began when he was five years old as an F-3 tornado was ravaging the East side of Tulsa OK in December, 1975. He and his family watched the tornado from his bedroom window tear up the city. Since that day, Jeff has had a passion for witnessing Mother Nature's fury wherever it may take him. In elementary school, Jeff's teachers grew concerned because he was always drawing different tornadoes. Those stunts actually got his parents several phone calls from school...often resulting in a sore backside :) Jeff has seen 78 tornadoes. One of the most notable was on March 12, 2006 where he and chase partner TJ caught rare footage of the after dark F-3 Delaware County Oklahoma tornado. Jeff takes on the duty of nowcaster for us when needed. He has nowcasted for several well known chasers including owner, Lanny Dean. Jeff's radar interpretation skills are impeccable and second to none. Jeff has chased for man local TV stations and currently chases for local station in Tulsa. 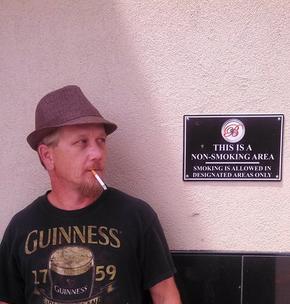 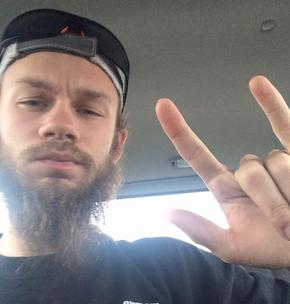 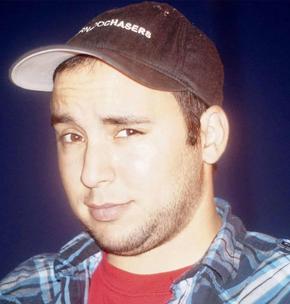 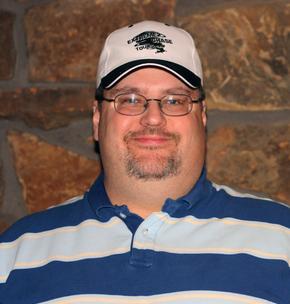