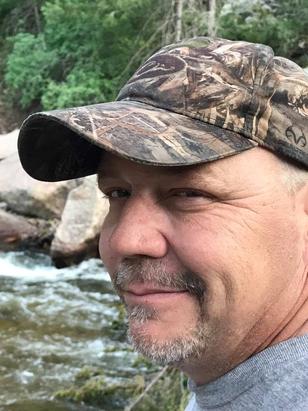 Lanny Dean is a native Okie but currently lives in Missouri. He is the owner and lead forecasting tour guide of Extreme Chase Tours. Lanny is a 29 year storm chasing tours veteran, a meteorologist and is one of the best storm chasers and tornado chasing tour guides in the business. You may have seen Lanny on the hit show "Tornado Hunters" that aired on TruTV. He and his tornado and weather videos have appeared on many various local and national networks including: The Weather Channel, Storm Stories, CNN, ABC, Good Morning America, TLC, The Discovery Channel, MSNBC, NBC, RealTV, Inside Edition, Fox News and many other media outlets as well as many local markets throughout the United States and around the world. Lanny is a member of The Outlaw Chasers and he has witnessed and filmed 571 tornadoes & 13 major hurricanes to date. Lanny was awarded "Storm Chaser Of The Year" in 2005 and 2007 for his coverage of the Greensburg, KS EF-5 tornado.


He is the only current storm chasing tour owner/operator to receive and hold that award. He spent many years working in the media as a storm tracker and in house severe weather reporter/photographer. Lanny received many awards for his photojournalism, photography and reporting, including an Emmy Award, and a second Emmy nomination for his weather reporting and various other awards. Lanny works with the National Weather Service year round during weather events and during the Storm Chasing Tours. He has also been working on a scientific project recording acoustic and pressure data in and around supercells and tornadoes and recently had an opportunity to work with the late Mr. Tim Samaras. He also worked for KJRH Channel 2 in Tulsa as their Severe Weather Reporter and Photographer, prior to KJRH, Lanny worked at KAKE-TV Channel 10 in Wichita, KS as their Severe Weather Reporter and Photographer. While working in the media Lanny also won several SPJ (Society Of Professional Journalist) awards as well as being recognized by the Oklahoma Association Of Broadcasters and The Kansas Association Of Broadcasters for his weather reporting and photography. In 2012 and 2013 Lanny and Extreme Chase Tours won Best Of Small Business Tulsa award in travel and tourism. Lanny is a true Severe Storm Expert and is one of the best weather forecasters chasing today.